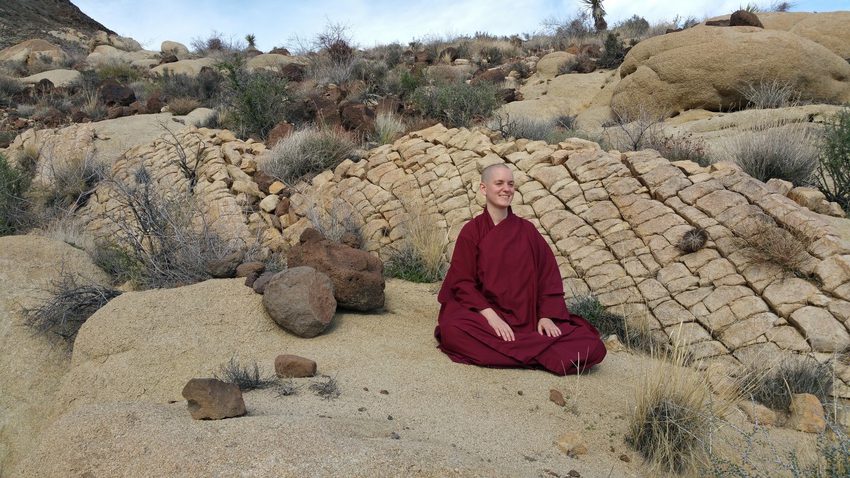 Ayya Kathrin Vimalañāṇī first came in contact with the Dhamma in 2011, when she attended her first meditation retreat at a Goenka centre in Malaysia. At that time, she was working as a diplomat at the German Embassy in Kuala Lumpur.

In 2014, she ordained with Sayadaw Ottamasara as a sayalay (Burmese 8-precept nun). She then lived at various monasteries in Australia, Asia, and Germany to deepen her meditation practice and to study Pali, vinaya, and the suttas. In 2015, she received samaneri ordination from Bhante Sujato in Australia. Half a year later, she decided to join a small group of wandering monks, nuns, and lay practitioners who were interested in deeper practice and sutta studies, and who wanted to apply the early Buddhist lifestyle in their daily life. Since mid-2016, she supports Samita ASBL’s efforts to establish a bhikkhuni monastery in Europe.

On 17 March 2018 she received higher ordination as a Bhikkhunī at Dharma Vijaya Buddhist Vihara in Los Angeles with Ayya Gunasārī as her preceptor.