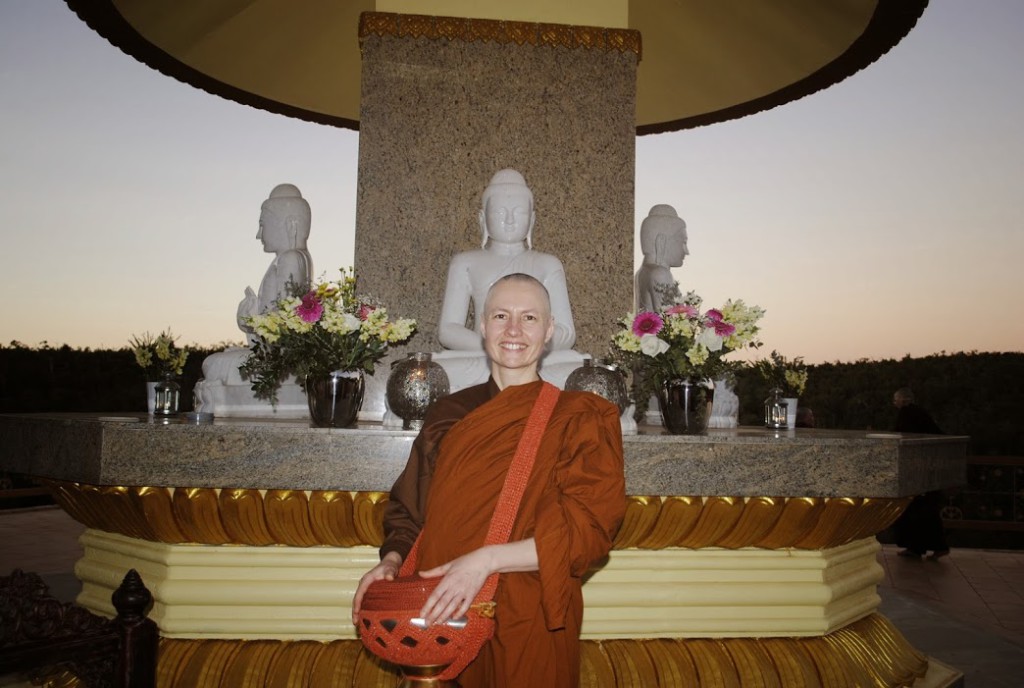 Venerable Vimala is a non-binary monastic who was born in the Netherlands in 1967. They studied Geophysics and MBA before changing course to become a Buddhist monastic.

From an early age they were interested in meditation, but did not come in contact with the Buddhist teachings until 2001. After spending some time practising in the Goenka tradition, the wish to ordain arose. They took temporary ordination in The Pyu Tawye Monastery in Burma in 2008, where they became aware of the gender-inequality within the traditional Buddhist countries. After also meeting with several fully ordained nuns and with Ajahn Brahm, they became interested in full ordination in order to help support the Bhikkhunī lineage and pave the way for women to take up full ordination, just like the men had always been able to.

After spending time in monasteries in Germany and Australia, they finally took higher ordination as a Bhikkhunī in Los Angeles in 2016 with Ayya Gunasārī from Mahapajapati Monastery as their preceptor.

In Australia, they also met Bhante Sujato, one of the main driving forces behind full ordination for women. Ven. Vimala joined the SuttaCentral.net team in 2013 and over the years added many Sutta translations and parallels to the site. Inspired by Bhante Sujato’s work, they wrote several articles on the challenges and discrimination faced by women and LGBTIQA+ in Buddhist establishments.

They are one of the founding members of Samita ASBL, a foundation with the goal to start a monastery in Europe, and of Tilorien Monastery, a monastic community based on Early Buddhist teachings. Tilorien Monastery was set up with the goal to provide a place of practice for Bhikkhunīs and other female monastics, whilst also supporting LGBTIQA+ people and other underrepresented groups to develop in the Dhamma.

Ven. Vimala is also one of the main developers of BuddhaNexus.net at the Numata Center for Buddhist Studies at the University of Hamburg.