Enlightenment has no gender

„Every morning we would observe the monks from the nearby monastery come out to the village for alms. They would stand in one row, silently, and the villagers would give them food into their bowls. This scene had such a dignity to it that it moved us to tears!”—still now, when remembering this episode from her trip to Burma, my colleague was crying. But when she heard that I was interested in becoming a Buddhist nun she looked rather puzzled: “Do Buddhist nuns exist? I’ve never heard of such a thing!”

Many people, when thinking of Buddhist monastics, think of men, not of women. My own first contact to Buddhist teachers was 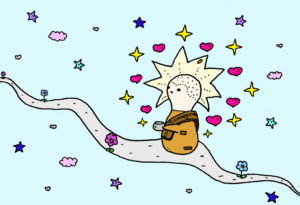 “Happy indeed we live, we who possess nothing. Feeders on joy we shall be, like the Radiant Gods.”—Dhp 200 (Dhamma doodle by Ven. Yodha)

with Tibetan Lamas, and in this Tibetan world all monastics, and all teachers indeed, were male. That’s the reason why for many years it never occurred to me that I could become a monastic myself—a ‘nun’ just didn’t exist in my perception.

But you can indeed meet them: For instance, in Thailand and Sri Lanka you can see them, their numbers are not large yet, but growing. They are there, despite the fact that they are not officially recognized. Unlike monks, nuns don’t receive free health care, public transport and other governmental support. There is a growing number of Bhikkhuṇīs in the Tibetan tradition too, although they are also not recognized by the Saṅgha, and also in the West we find them. Only in some Mahayana countries like China and Taiwan the Bhikkhuṇī order never died out since its introduction from Sri Lanka in the 4th century CE.

The question arises: How was it at the time of the Buddha? If we look into the Early Buddhist Texts (EBTs) we find nuns mentioned a good number of times, and in the Saṁyutta Nikāya of the Pali canon there is a whole chapter on Bhikkhuṇīs: the Bhikkhuṇī Saṁyutta. There is also the Therīgāthā, the collection of verses of Elder Nuns, where Bhikkhuṇīs relate the stories of their lives, their hardships and difficulties, and also their experience of awakening—’liberation’. As Bhikkhuṇī Muttā puts it (Thig 1.11): “I am well-released, properly released by my release from the three crooked things, from the mortar, the pestle, and my crooked husband. I am released from birth and death; everything which leads to renewed existence has been rooted out”. Here we hear those women’s own voices speaking to us. The Therīgāthā is the oldest known text by women.

In various places in the EBTs, the Buddha himself mentions that it has been his plan right from the start to establish a fourfold community of disciples in order for his dispensation to be complete: the community of Bhikkhus, Bhikkhuṇīs, female and male lay practitioners. He wanted people in all of these four groups to be well learned and experienced in the Dhamma, and able to teach it to others. In the Mahāparinibbāna Sutta (DN 16), three months before his passing away, he acknowledges in a conversation with Māra that this aim has now been fulfilled.

There is some archeological evidence that several centuries after the Buddha’s passing there are both Bhikkhus and Bhikkhuṇīs in existence in India. Ancient inscriptions mention Bhikkhuṇīs in postions of influence, as donors of large monuments, as teachers and as learned students of the scriptures. 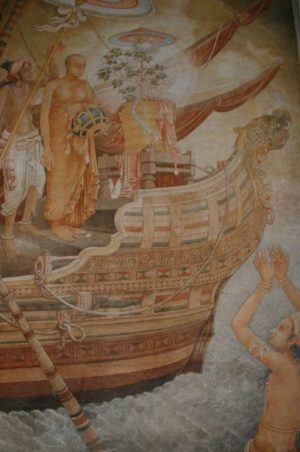 Bhikkhuṇī Saṅghamittā bringing Bodhi tree sapling to Sri Lanka, along with the introduction of Bhikkhuṇī ordination (painting by Soliyas Mendis)

On the other hand, we also find some evidence that in the Buddha’s lifetime there was less support for nuns than for monks. There is a rule in the monks’ Vinaya stating that a monk should not accept a robe from a nun without giving something else in return—with the explanation that nuns receive less support anyway.

Under emperor Asoka both the Bhikkhu and Bhikkhuṇī order were introduced into Sri Lanka from India and flourished on the island for many centuries. But at times of war and famine, in the 11th century, they both died out. The Bhikkhu order was later re-introduced from Burma, while the Bhikkhuṇī order was never revived. However, before its extinguishment in Sri Lanka, the Bhikkhuṇī order had been brought to China from where it spread to other Far Eastern countries. And there it has remained alive until today.

In the time, during which there was no Bhikkhuṇī order, other types of renunciate practices for women were developed in Theravada countries. This usually means that these ‘nuns’ keep eight or ten precepts; in Thailand they are called Mae Chee, in Burma Thila Shin, in Sri Lanka Dasasil Mata, and in Cambodia Daun Chi, but nowhere do they have the status and recognition of fully ordained monastics.

Since the 19th century, steps were made towards a re-introduction of the Bhikkhuṇī order. Most likely other attempts were made earlier but they have not been well documented and had no lasting effects.

And just as everywhere, when traditional ways are being challenged, there are forces who oppose any changes in the traditional ways of the Saṅgha. The arguments brought forth against the re-introduction of Bhikkhuṇī ordination do not have any solid grounding in the Vinaya as has been shown by EBT scholars like Bhikkhu Anālayo and others. And as a result, unfortunately, the discussion has at times become very emotional. (The backgrounds of this phenomenon have been analysed in depth by Bhante Sujato in his book White Bones Red Rot Black Snakes.)

But nevertheless, the forces that support Bhikkhuṇī ordination are there as well, and in the long run they can’t be stopped. From the first pioneers from the 19th century onward, Bhikkhuṇī monasteries are now spreading all over the world, both in Eastern and Western countries.

This project of building a monastery has been a dream for many years, and every step of it turning into reality is very exciting.

We started out, following Ajahn Brahm’s advice, with the organisation of talks, retreats, and other events with different monastic teachers on a private basis. In 2015 we were able to found Samita ASBL so that our activities obtained a more solid and official grounding. In October 2016 we could purchase a piece of land in the village of Engreux in the Ardennes, close to the German and Luxembourg borders. At the moment, we are about to build a small main building and hope to be able to continue with the construction of kutis for monastics soon.

The monastery will be fairly small and is envisioned to be—as Ajahn Brahm has put it—a community of hermits. The main 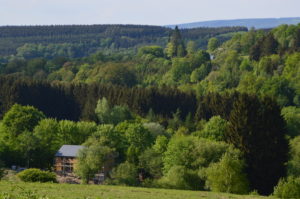 focus of the monastery will be solitary retreat and meditation with nuns living under the guidance of the Vinaya, the rules of conduct as laid down by the Buddha, as explained by our teacher and Spiritual Advisor, Bhante Sujato. It will be a place where nuns and lay guests can come to practise the Dhamma-Vinaya.

Tilorien monastery indeed already started in a provisional way in April 2017, with two monastics living in a treehouse and a tent in a kind supporter’s garden. Of course they can’t stay there for the winter, and so we are hoping that the new building can be finished in time for them to move in before it gets too cold.

In the Somāsutta of the Saṁyutta Nikāya (SN 5.2) we read:

“That state’s very challenging;
it’s for the sages to attain.
It isn’t possible for a woman,
with her two-fingered wisdom.”

Note that this misogynist statement is put into the mouth of Māra, the Buddhist ‘Wicked One’! And Bhikkhuṇī Somā aptly answers:

“What difference does womanhood make 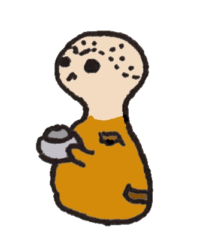 when the mind is serene,
and knowledge is present
as you rightly discern the Dhamma.

Surely someone who might think
‘I am woman’, or ‘I am man’,
or ‘I am’ anything at all,
is fit for Māra to address.”

Enlightenment has no gender.

When making a donation, please specify what you wish to donate for i.e. Tilorien Monastery, name of event or monastic, etc.